Paleo diet: what is it?

The paleo diet promises to lose weight, prevent and fight disease. Whoever decides to do this diet will feel better, gain energy, and after two months will begin to see visible results in weight loss. If you are overweight and have health problems, it can take up to six months.

A considerable number of studies show that following this type of diet can help alleviate certain autoimmune diseases such as celiac disease, food intolerances, dermatitis herpetiformis, rheumatoid arthritis, and multiple sclerosis.
How did the Paleolithic diet originate?

During the Paleolithic, the man was a hunter-gatherer, eating what was available in nature. His diet consisted of wild fruits, berries, roots, and a lot of meat that he obtained from game animals, fish, and mollusks found in rivers.

According to the great experts in Paleo Nutrition, this was the food that formed our genes throughout our evolution and for which we are genetically adapted. But with the invention of agriculture and the introduction of grains (particularly wheat), dairy products, legumes, vegetable oils, salt, alcohol, and refined sugars, eating habits have completely changed.

According to the proponents of the paleo diet, these “new foods” and later, the refinement of foods are responsible for the current obesity and chronic diseases that cause deaths and worsen the quality of life of people. Humans did not suffer from diabetes, hypertension, obesity, or high cholesterol in the Paleolithic era.

slimming books
Paleo Diet: What does it consist of?

It is very easy to follow since weighing food, keeping a diary, or counting calories is not necessary. Paleo eating consists of eating: lean meats, poultry, fish, shellfish, shellfish, fruits, and vegetables.

All those foods, especially grains like wheat, introduced with agriculture, are outside of this food plan. This is why paleo-eating is considered a low-carb diet.

Protein foods are very important in the paleo diet, so lean meat is encouraged at every meal, including breakfast, along with low-glycemic fruits and vegetables.

High protein intake (slightly higher than recommended in a normal diet) is not a problem; it is beneficial since it increases metabolism and reduces appetite. Proteins are mostly lean, which does not lead to overweight or health problems.

The distribution of macronutrients in the Paleo diet is as follows:

Rules of the paleo diet

What should you eat?

The main food of the Paleolithic diet is lean meat. Always choose the leanest cuts of meat, including red meat, and trim all visible fat before cooking.

If possible, choose grass-fed meats (they don’t eat flour) because they have a lower percentage of fat, especially saturated fat, and a better omega-6 / omega-3 ratio. You will notice the difference when frying that it does not release water.

Game meat is also highly recommended given its richness in good fats. Rabbit and kid meat are also good options.
Proponents of the diet stick argue that our digestive system has not evolved in the same way that the way we eat has. For this reason, he considers that a diet that follows the eating patterns that our ancestors had in the Paleolithic is more adapted for our organism.

At that time, the man was a hunter and gatherer, and his diet was based on the intake of fruits, vegetables, seeds, eggs, meat, and fish. They only ate three meals a day – snacking between meals was not an option – and they only drank when they were thirsty, and the only liquid they ingested was water. Of course, all the products were natural and were not treated with any chemical compound. Thus, the diet stick is committed to consuming organically grown fruits and vegetables and avoiding processed foods, two with Sejos that are undoubtedly healthy, although they are not always easy to follow.

However, it advises against consuming other types of foods that are nutritious, such as all types of cereals, legumes, or dairy products. For this reason, many nutritionists advise against it since being so restrictive can cause deficiencies. Of course, being a high protein diet, if followed for a not too long period, can help you lose weight.
We are on the verge of a new year, and it is a time of new resolutions. And one of the most common is weight loss. To meet this objective, physical exercise must be accompanied by a healthy and balanced diet. The alternatives are many, and today, in the Natural Health blog, we bring you an analysis of one of the most fashionable alternatives: the Paleolithic diet.

What is the Paleolithic diet?

Although the premise is simple, there are still experts who do not agree on what this type of diet consists of. The paleo diet is about consuming only the foods that our Palaeolithic ancestors consumed, where they took food directly from nature without being processed. This was the norm before the emergence of large food processing factories in the industrial revolution. Here there was a paradigm shift. Processed foods were gradually replacing natural, unprocessed foods until today, where the basis of the diet of many people consists of these types of products.

The paleo diet has many things in common with raw veganism. Its defenders assure that our digestive system and genetics have not had time to adapt to the changes that have occurred since the generalization of agriculture and, obviously, the industrial revolution.

And it is here, recently, where the fever for the paleo diet arises. But what should we eat to follow a Paleolithic diet?

What foods can we consider ‘Paleolithic?

As we have said before, there is a disparity of opinions. We can say that the base of the paleo diet is vegetables, fruits, meat, fish, eggs, nuts, oils, herbs, and all kinds of spices. Everything that comes out of there would not be considered ‘paleo.’

What foods are not paleo?

In short: everything else. Yes. For the most orthodox followers, neither seeds nor legumes should be included in this diet—goodbye to bread and other cereals like rice. The reason for excluding them is that these foods began to form part of our diet after the Paleolithic, about 10,000 years ago, when we began to master the arts of agriculture.

Sugar is one of the big red lines of this type of diet and, of course, all its derivatives. In short, all food is processed in some way or another by human hands.

The advantages and disadvantages of being ‘paleo.’

The Paleolithic diet can help you lose weight and later control it. In addition, it has more positive effects on health. But a greater field of study is still needed to consider it a 100% safe diet. Therefore, from Salud Natural, we encourage you to first consult with your doctor and your nutritionist. 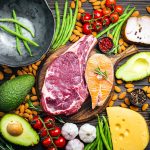