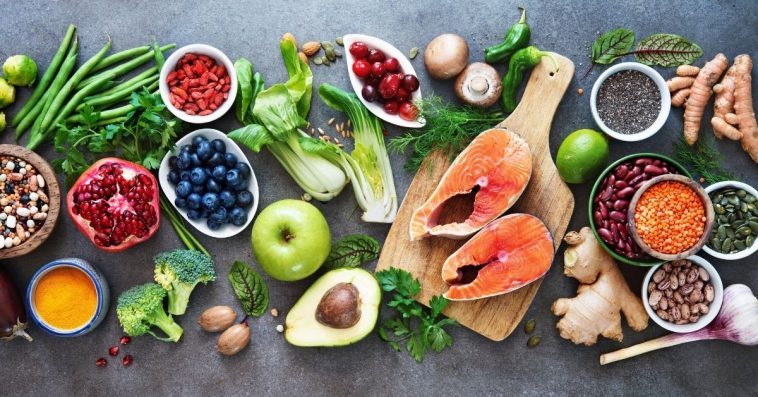 The paleo diet has this name because it is a diet that is based on the use of foods from the Paleolithic era. In a time that lasted more than 2 million years, human beings were actively searching for their food. An era that ended about 10,000 years ago with the emergence of agriculture.

The Paleolithic diet bases its menu on foods from that time and excludes foods discovered later.

This type of diet has been investigated since the 70s, concluding that people are genetically adapted to the diet of our ancestors; they even assure that people who eat in this way have better health because gluten (found in cereals) damages some people’s immune systems.
What is the paleo diet?

The problem with diets high in sugar and carbohydrates is that the body can only have a small part stored and ready to use as quick energy. Once the carbohydrate “store” is filled, the body accumulates the rest as fat to be used in future efforts that require less speed when providing energy.

For this reason, in the paleo diet, carbohydrates are reduced, and the amount of fats is increased because although it seems counterproductive, moderate consumption of healthy fats and reduction of carbohydrates generates a reduction in body fat, controls insulin and hormonal levels general, thus achieving greater performance when practicing sports of moderate intensity.

What foods are they allowed to eat?

The carbohydrates eaten are obtained from vegetables, herbs, spices, and fruit, which will be the base of each dish. Also, in some cases of the paleo diet and in a sensible way, it is possible to consume low gluten carbohydrates, which come from potatoes, sweet potatoes (monitor), legumes, or white rice, such as when an athlete approaches their competitions, which should increase your carbohydrate intake.

The fats and proteins are obtained from meat, fish, nuts, avocado, olive oil, coconut oil, eggs, and dairy products that are raw and pure, always avoiding corn or sunflower oils.
How often should you eat?

You must always eat when you need to, avoid snacking between meals, extend meals as long as possible, and eat until you are satisfied.

The idea is that the meals resemble the Palaeolithic era in which they did not eat between meals because they did not have food but ate when they managed to collect them.
What advantages and disadvantages Paleolithic diet?

This diet has a great advantage for people who have problems eating cereals, either due to gluten or some other intolerance; that is why it is an ideal diet since these foods are not used, helping these people have better digestion.

It is a diet that has become widely known in CrossFit, and it is not that it is a better or worse diet than others; you simply have to know how to adapt it to each person. When practicing CrossFit, many explosive efforts are made in which, as we have said previously, require a large amount of glycogen that comes from carbohydrates.

That is why this diet can become a disadvantage at the level of performance in high-intensity sports if you do not take this factor into account. Since you only get carbohydrates from vegetables in the paleo diet, you have to eat a large amount of them. Otherwise, your performance can be affected by a lack of glycogen.
Paleolithic diet for beginners

The Paleolithic diet, or also known as Paleo, has become fashionable in recent years. This diet is committed to recovering the food that helped our ancestors survive for thousands of years, avoiding certain foods that make many people feel bad. It is a diet based on the concept of aligning our diet with our genetics since this has changed a lot since prehistoric times compared to our genes.

The Paleolithic diet was founded by Dr. Loren Cordain, a health and exercise science professor at Colorado State University. Dr. Cordain proposes that eating our ancestors’ diet is healthier than the standard American diet, vegan or vegetarian diet. He argues that human genetics is designed to eat what was eaten in prehistoric times and that prehistory has not undergone as many changes compared to eating over the years.

Advantages of the paleolithic diet

As it is a diet that largely eliminates sugars and promotes the consumption of fruits and vegetables, it provides many benefits for our health.

First, the feeling of fullness will be greater. A higher intake of lean protein and fiber from fruits and vegetables will make you less hungry and eat less at meals.

The greater presence of monounsaturated fats in the diet and the decrease in saturated fats (from whole dairy products and fatty meats) provide us with a better lipid profile and lower blood cholesterol levels, which translates into a lower risk of suffering from cardiovascular diseases.

Regarding weight loss, although it is not the main objective of the Paleo diet, the low consumption of carbohydrates, the main source of energy added to the satiating effect, makes it easier to lose weight. In a study of postmenopausal women, it was found that those who followed the Paleolithic diet lost more weight than those who followed nutritional recommendations for a Nordic diet. Still, other studies did not show weight loss in subjects following the Paleo diet, so more evidence is lacking to conclude on the effect of the Paleolithic diet on weight loss.

Disadvantages / Risks of the Paleolithic diet

Due to the low intake of dairy products, calcium deficit levels have been seen in people who have followed the Paleo diet, and the amount of calcium ingested in this diet is 50% of the recommended daily amount (RDA). These levels are dangerous for older people, especially postmenopausal women, in whom the risk of suffering from osteoporosis is very high, which can cause pain or bone fractures.

On the other hand, the increase in protein consumption means that energy is obtained mainly from them and not from carbohydrates. Protein metabolism results in urea as a waste product, so a considerable increase in the consumption of these can lead in some cases to kidney overload and increased blood urea, in addition to uric acid and glucagon. In addition, proteins acidify the body, which leads to a release of calcium from the bones and a consequent increased risk of bone problems.

Another disadvantage to taking into account when following the Paleo diet is that it is economically 10% more expensive than other diets of similar nutritional value.