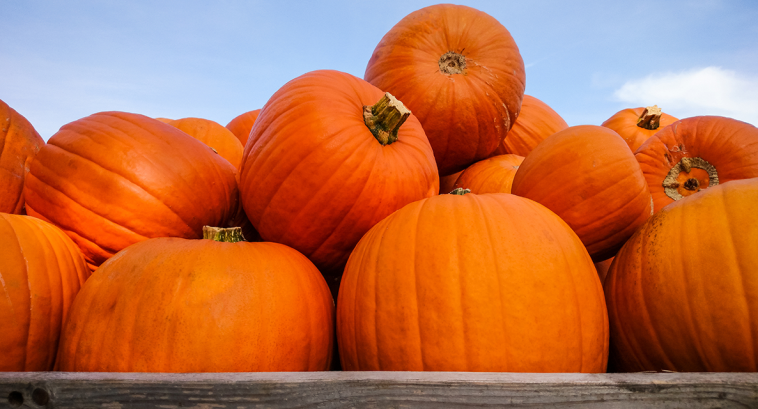 The benefits of pumpkin seed are mainly concentrated in its significant contribution of fatty acids, magnesium, and potassium. And as if that weren’t enough, pumpkin seeds are also credited with healing properties due to their high antioxidant content.

Including pumpkin seeds in your diet is very simple; its crunchy texture, similar to that of a peanut, will give a different touch to your meals; You can include them in your rice recipes and mix them with salads, creams and you can even consume them as a healthy snack. The seeds do not have an exceptional flavor; instead, they are characterized by not having much flavor, they do not taste rich or ugly, but they are very healthy.
See More: Benefits and Properties of Other Foods
Pumpkin Seed Benefits

As well as the sunflower seed, the pumpkin seeds also have a significant contribution to this type of fat, known as the good fat that our body needs. These fatty acids are essential for the excellent health of the body.

The best-known fatty acids are omega three and omega 6; these have multiple functions in our body. Among the most prominent are keeping the heart healthy, which prevents the onset of cardiovascular diseases; reduces harmful cholesterol levels; favors optimal brain development, preventing neurodegenerative diseases such as Alzheimer’s; it also reduces the appearance of certain types of cancer many other benefits.

Pumpkin seeds contain tocopherols, a type of antioxidant, and antioxidants are the only substances capable of fighting free radicals; that is to say, they fight against cellular aging.

This means that the body stays healthy for longer, preventing or reducing the risk of the appearance of diseases related to the cardiovascular system, various types of cancer, and diabetes.

Some compounds in seeds can modify genes, providing an anticancer action as the death of cancer cells is related.
Benefits of Zinc, Potassium, and Magnesium

Zinc is a mineral that helps regulate thyroid function and strengthens the immune system; Studies also showed that consuming these seeds helps reduce the symptoms associated with benign prostate hyperplasia.

For its part, potassium is essential for the proper functioning of the heart and kidney, and it also intervenes in nerve transmission and muscle contraction. A low potassium diet has been shown to increase the risk of high blood pressure and increased blood sugar levels; On the other hand, high potassium intake is also related to stronger bones.

Finally, magnesium intervenes in various body functions, which is why it turns out to be an essential mineral for our good health and is just another of the great benefits of pumpkin seed.

A good amount of magnesium reduces the risk of suffering from high blood pressure and diseases derived from it, such as stroke or heart disease. It has also been shown that people with a high magnesium level have a lower risk of developing type 2 diabetes.

The contribution of minerals is very varied; every 100 grams of pumpkin seeds provide 919mg of potassium, 262mg of magnesium, 92mg of phosphorus, 55mg of calcium, 18mg of sodium, 10.30mg of zinc, and 3.31mg of iron. Regarding vitamins, the presence of 62IU of vitamin A and 9IU of vitamin B9 stands out.

Pumpkin seeds also have protein; in this same amount, it is estimated that it provides the body with 18.55 grams of protein, 18.4 grams of fiber, 18mg of sodium, 4.50 grams of water, and 53.8 grams of carbohydrates; that is, at least 18% of the recommended daily amount.
Pumpkin is a vegetable that stands out for its striking appearance and large dimensions, but perhaps some are unaware that it is a light, digestive food that contains a lot of water and few calories.

In the celebration of Halloween, its use is widespread, although more as an ornament. However, there are many benefits that we can also obtain from its pulp and seeds.

An article from the portal specialized in health issues Infosalus.com highlights that pumpkin is soothing for all types of inflammation of the intestine or stomach and recalls that in popular medicine, it is used to treat symptoms of chronic gastritis or irritable bowel syndrome.

“Not only does it treat our kidneys with respect, but it also has a detoxifying and cleansing effect that results in a general improvement in our state of health and vitality,” said Santi Ávalos, chef and author of ‘Feed your brain’ and ‘La anti-inflammatory diet, ‘when consulted by the healthy website.
Colorful, fragrant, with a bittersweet flavor: pumpkin is undoubtedly one of the favorite foods on our tables, and it accompanies us through much of the fall and winter. Considered in the past the food of the poor, it has become an excellent food for various gourmet dishes. It is part of the famous Italian and world tradition. In addition, it has extraordinary nutritional qualities. Let’s get to know her better together.

Historical and cultural notes of pumpkin

The pumpkin, of uncertain origin (some seeds found in Mexico date from around 6000 BC) as we know it, is a fruit imported to Europe after the discovery of America.

The round and orange pumpkins today represent the stereotype of this fruit. But before this, a different type of gourd, apparently introduced by the Phoenicians, was consumed in Italy, called Lagenaria or bottle gourd. It was known in the Middle East, and even in the Bible (Jonah in chapter 4), a particular miracle is told, where God, to give relief to the prophet Jonah, makes him grow a jar gourd in a single day. In Roman times, gourds were emptied and used as drinking jars or as containers to carry or store something precious, such as salt (hence the positively connoted term “have salt in the gourd”). The seeds were used and consumed more, which could be roasted and preserved for a longer time, and the pulp of the pumpkin was neglected since it is perishable in a short time; hence the negative connotation “empty pumpkin,” which is also supposed to identify people who are not very clever or useless to society. Even after export to Europe, the pumpkin was “discriminated against,” considered more of an ornament at first than a portion of food for the peasants and the poor. However, over time it has also been appreciated in the noblest tables, and today we find it in our dishes in the form of creams, sauces, soups, risottos, but also roasted naturally, or as we will show you at the end of the article, cooked in alternative ways.

In modern traditions, the pumpkin is also associated with the Halloween party, where the legend of Jack is remembered, an Irishman addicted to alcohol and dissolute life, who mocked the Devil on several occasions, did not deserve heaven, much less hell, and thus the Devil granted him a burning ember to roam in dark limbo. At first, it was said that Jack O’Lantern used a turnip as a container as he was now called. But the Irish landed in America no longer had this tuber available, and that is why they began to use yellow pumpkins, easier to find and larger and showier. 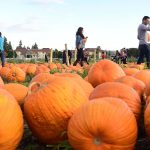