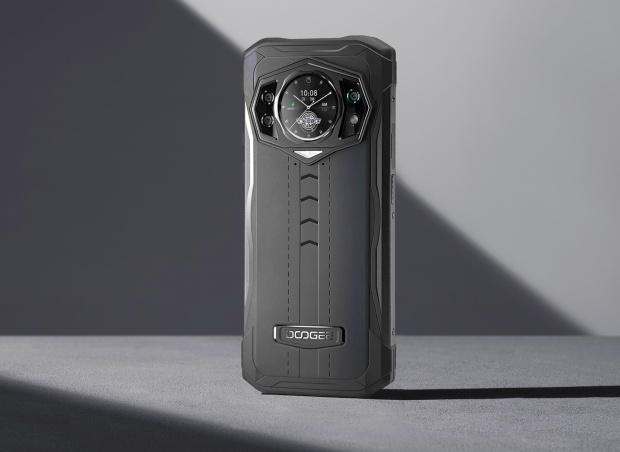 It had been a long time since we brought a ruggedized terminal to test it and check the evolution of this class of devices. In this case, we have the Doogee S98 to test its strength and features.

On this occasion, we want to thank the Doogee brand itself for giving us this new Doogee S98 to put it to the test and test how it behaves in natural conditions.

This terminal comes in a black box with the model letters in silver and the brand logo in the center. It is a fine box but quite large. The terminal characteristics and the “CE” logo (European Conformity) appear in the lower part of the box, indicating that it complies with the legal and technical minimums in terms of safety to market in Europe.

When we open it, we find the terminal on the left side. It comes wrapped in plastic wrap, and below are instructions. We see a USB C to USB C cable on the right side and the 5V to 3A / 9V to 3A / 11V to 3A power adapter, making 33W of power. We also find a lever to open the card slot.

This Doogee S98 comes with the Android 12 operating system. It is a Stock Android version with hardly any customization. The design is simple and intuitive and with several configuration options. Mention that it does not include an application drawer where you can find all the applications.

The ROM is global with security updates via OTA (updates by notification). It includes several languages, including Spanish, Galician, Basque, and Catalan.

As in the global versions, it has Google services, including the Google Play app store, YouTube, Chrome, Drive, Photos, Maps, Gmail, and some other apps. It also brings native Android applications such as the File Manager, the calculator, and the FM Radio application without the need for the internet.

The first thing that strikes us about this terminal is its size. It is a large terminal, with a “peculiar” aesthetic or different from what we are used to. It is a shock-resistant ruggedized terminal.

It is a screen with a contrast of 1500: 1 and a maximum brightness that reaches 480 nits. Perhaps the figures are a bit low, and you have to strain your eyes when the sun hits the screen. The colors are also not as vivid as you might expect.

It has a Corning Gorilla Glass screen with scratch resistance and 2.5D rounded corners. In this case, and because it is a rugged terminal, I would not recommend adding a protective case, but I would keep the screen protector that comes with it.

The screen’s margins are pretty large, reaching 8 mm or so at the bottom. It also has a small drop-style “notch” in the center of the screen, which makes the functional surface of the screen 71%.

The back stands out for its camera module. It has a module in the upper center that protrudes a couple of millimeters and is where the cameras are located. This layout is somewhat peculiar since it has a small screen in the center and two cameras on the left side, and a camera and a double led flash on the right. Below the screen, there is another led/flash. The name of the brand appears at the bottom.

As usual with the terminals we tested, we wanted to subject it to several hardware performance tests and thus be able to check the raw performance and compare it with other airports. In the first place, we have subjected it to the AnTuTu Benchmark version 9.3.9 test with the terminal practically empty and with the battery almost charged to see the score it obtains. It is a test that tests the phone’s performance under a series of tests of all kinds.

After executing the test, it has obtained 339,315 points, with which we verify that it is a mid-range / low-end terminal in terms of internal performance.

This Doogee has three main cameras on the back in the photographic section accompanied by a double led flash.

The camera app is straightforward and doesn’t vary much from other phones. It brings HDR mode, Artificial Intelligence, autofocus, digital image stabilization, PRO mode, wide-angle up to 130º, and a night vision mode with two infrared LEDs. It also has a laser focus.

The battery of this Doogee S98 has a size of 6000mAh, which will last a whole day without any problem (it can even be extended after two days depending on the use we give it).

Another thing that I liked (despite the charging speed) because it includes 15W wireless charging. 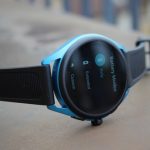